It’s amazing to think that many of the deepest wells in the world were created without many of the advances we associated with the state of modern well drilling, or without the advanced composite tricones for sale today. Remarkably, many of these impressive projects were created over decades of sustained drilling, with numerous bore paths and diverging directions.

Between each of these impressive projects, significant improvements in the kinds of tricones for sale and drilling technology advancements dramatically changed what was possible. What initially took the Soviets 15 years took the modern Russians a little over a month.

This article will showcase some of these amazing drilling projects, and highlight how the modern tricones for sale today made it all possible. 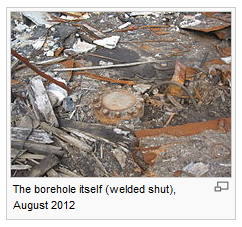 Perhaps the most fascinating of all boreholes, the Kola Borehole was drilled by the Soviets just to see how deep into the Earth’s crust they could drill. A research endeavor rather than a commercial enterprise, the Kola Superdeep Borehole ran for 35 consecutive years! The tricones for sale in 1970 when drilling started had many of the same design principals we use now, but lacked the wealth of composite materials that have come to dominate the high-end drill bit market.

However, such delays never stopped the Soviets, and this project went full speed ahead for decades before budget cuts finally forced a closure. In 1983, 13 years after drilling started, the Kola Borehole hit 12,000 meters depth, clinching the world record for the deepest borehole. They took a year off to celebrate, but unfortunately for them, disaster struck when part of the drill broke off in the hole after they came back to resume, and future drilling had to be started over from 7,000 meters. Below 12,000 meters drilling is almost impossible, even with the advanced tricones for sale by high-end manufacturers today. 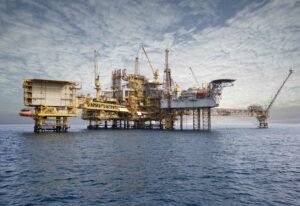 In 2008 the Kola depth record was challenged by the Al Shaheen Oil field. Using the best tricone bits for sale anywhere in the world along with some of the most experienced drillers, and the most advanced rigs, this project was remarkable for several reasons. Besides the record setting depth of 12,290 meters, it set another record for horizontal distance at the same time, stretching 10,900 meters. If that hasn’t convinced you of the power available with the kind of modern tricones for sale now, the project is also famous for reaching completion in a mere 36 days of drilling. This made the Al Shaheen the fastest drilling projects ever undertaken in terms of raw distance covered.

The first world record was set in 2006, making the Sakhalin boreholes some of the most dramatic examples of what modern drilling technology can accomplish, and just how good the tricones for sale today really are. Later drilling projects were able to build upon the progress of earlier drilling attempts, leading to the impressive feat of drilling to a record setting 12,289 meters with a 10,902 meter reach in only 38 days. This depth record would go on to be broken in 2011, and broken once more in 2012. To this day the Sakhalin field remains the foremost location for cutting edge drilling equipment, and the final destination for many of the world’s best tricones for sale.